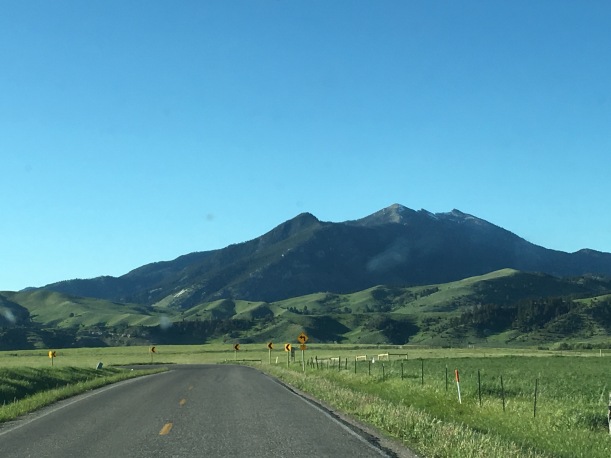 Eighteen months ago, that’s my guess, the county roads of Bozeman Montana began to change in condition and quality. The quiet rural roads that we would drive as a back way in and out of town transitioned to the roads to the next neighborhood. And then the next. Today pastures and farms that were the wide open spaces that surrounded Bozeman are now covered over with homes and new roads that extend from “feeder” roads are no longer quiet country roads. Homes are made from over-night speculative structures presented as some version of Western style, ranch, ranch home, Dwell infused modern or modified craftsman….

I have heard that Bozeman is currently hovering at 105 percent occupancy. Which means to me that either families are waiting on the side of the road to move into their homes, or people are living in places beyond the capacity they were built for. I wonder what the interpreted occupancy of Manhattan would be if this ratio of habitation were considered. A big difference, one of many, between Manhattan and Bozeman is that one is an island with definite boundaries while the other is a large, flat valley floor open for modern speculation. Any thoughtful visions for the future of Bozeman are now run over by the madness that is brought from primarily using real estate as a mode for maximizing profit instead of understanding that what is built becomes the place, that is the town or city we live in. Without greater interest in what makes and becomes community we all lose the significance of the origin of the place we originally came to find.

What is Bozeman to become? As I watch it quickly evolve from a unique western town to a suburban city, outweighed by its ill considered developments of homes and large company stores and franchised retail, I know I can no longer ignore the suburban development homes that were slowly accruing along the fringes a few years ago.

The realtors report that the builders intend to build homes to an 80 percent occupancy before they stop building to maximize their profit in response to the multiple families that are arriving to Bozeman everyday as refugees who gave up hopefulness in their last place. Must we must accept that under considered speculation will mark the future that will be Bozeman? Are we to lose the organic quality of this place which emerged from a slowly brewed vision combined of thoughtful imagining of useful, inspired, integrated, grounded, heartfelt, responsive growth and development that made this small town unique, and often lauded as “one of the best small towns” to live in.
Is this my Not-In-My-Backyard rant? Maybe. The interpretation depends on your alignment with my concern. I am transplant who arrived almost twenty years ago. Bozeman was of course smaller then. There were many things and experiences I missed from larger cities, including those found in Manhattan (NYC). I am not against change, I am not against development or growth. I am against the growth of sameness that plagues so many smaller towns as they grown into small cities, or cities that expand into mega-environments of sameness. The sameness that comes directly from speculation and expansion of large planned retail developments that bring the same universally bland and consumptive exploits found everywhere. I am against the sameness that makes place disappear under commerce and greed. Sameness that makes where we live nowhere instead of somewhere.
Instead of bland speculation as the town of Bozeman takes its last breaths as a small town, can we instead aspire and require that what comes next springs from thoughtfulness, inventiveness, curiosity, inspiration, commitment, collaboration, and care; a place born of the diversity and richness of evolving culture and humanity that rests surrounded by the mountains and rivers and wildlife that brought most of us here in the first place.

Let it be a new Bozeman, not a lost Bozeman.